From Blackstone LaunchPad to Startup Success: Meet 3 Comets on Their Way Up

The Blackstone LaunchPad & Techstars network has helped open the door to entrepreneurship for students at The University of Texas at Dallas.

Since the Blackstone Charitable Foundation made its original grant to UT Dallas in 2016, more than 25,000 people — a mix of students, staff, faculty, alumni and community members — have come through the LaunchPad program’s doors, physically or, more recently, virtually.

“Over the past four years, we have seen incredible growth across campus in the number of students accessing the resources available to them to start new companies and explore ideas,” said Dresden Goldberg, campus director of Blackstone LaunchPad & Techstars at UT Dallas. “The LaunchPad has trained students for career mobility by providing them an entrepreneurial mindset and essential skills like creative problem-solving, resourcefulness and leadership.” 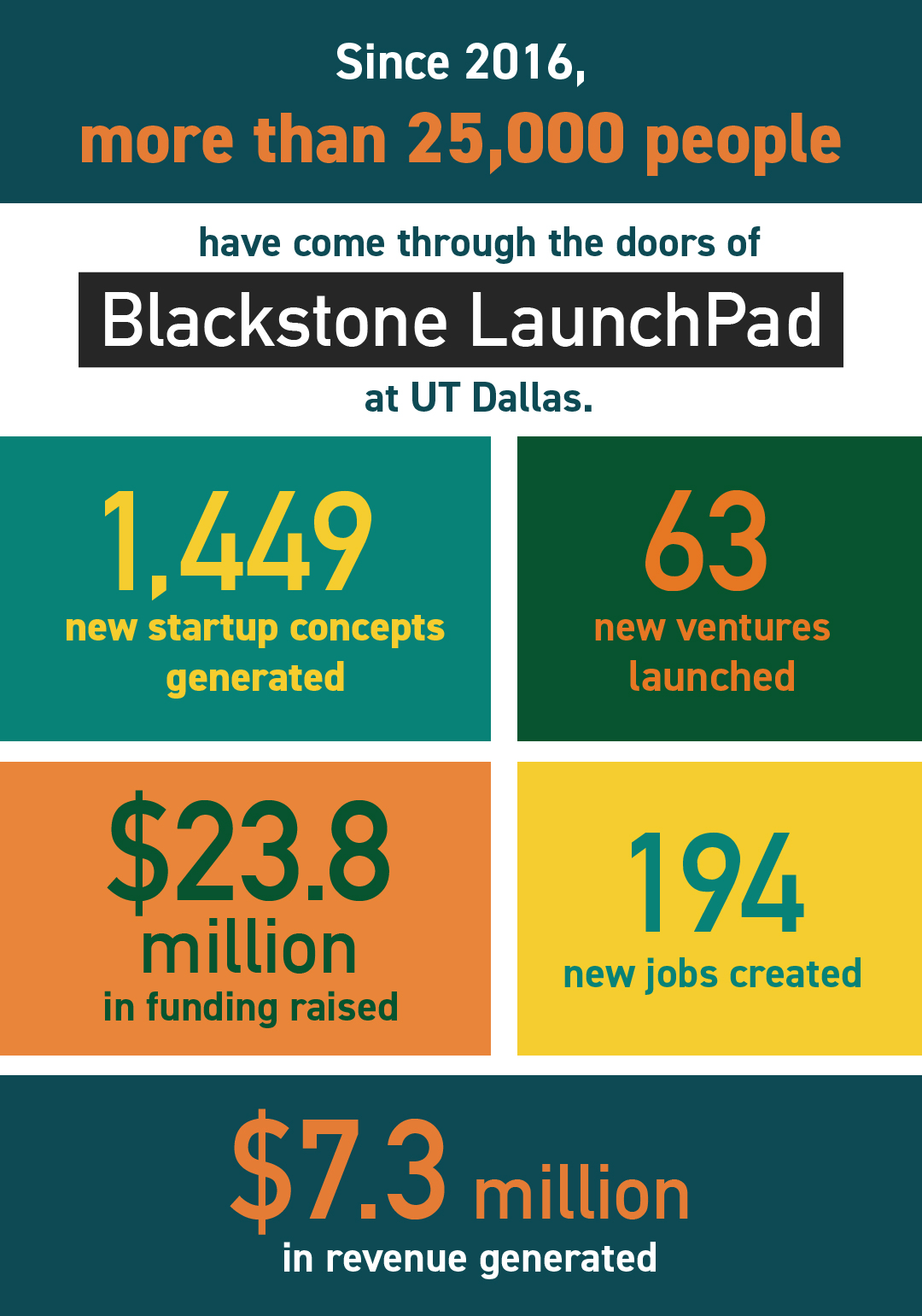 In January the foundation announced the expansion of Blackstone LaunchPad student entrepreneurship programming from two to eight campuses in the UT System.

“With access to thousands of world-class mentors and partnerships with sister schools, we are excited to see where the new grant takes us from here,” said Goldberg, who also serves as director of programs and operations at the Institute for Innovation and Entrepreneurship (IIE), which houses Blackstone LaunchPad & Techstars. 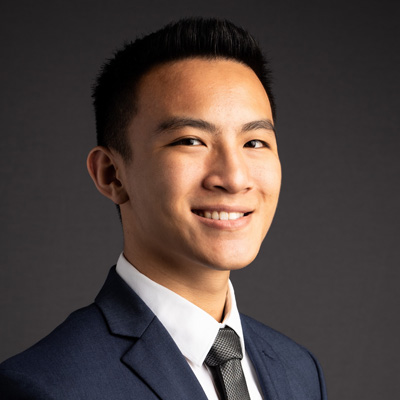 In 2016 Hoang co-founded Immosis, a virtual reality development agency. In 2018 SURVIVR, a corporation dedicated to public safety, was created after the team met a retired law enforcement officer who realized the potential for the use of virtual reality as training for police. Their flagship product became a VR training platform that helps first responders improve their decision-making and de-escalation skills. SURVIVR’s products are used in municipal, state, federal, military and university law enforcement agencies across eight states, Hoang said, and the company plans to expand this year.

On his time at UT Dallas: “I’m a tactical learner and prioritize results over everything else. So it was critical to know the right experts to consult with whenever I came across a challenge. Being plugged into the mentor network helped me move faster, avoid mistakes and make the most out of my goals while at UT Dallas. Since I’m biased toward the more tactical resources, I also took advantage of the CometX accelerator program and mentor office hours. You will learn more effectively when you apply concepts within a practical and relevant context.”

Advice for UT Dallas entrepreneurs: “If you have a business idea, go speak to the Blackstone LaunchPad folks to figure out which mentors you should talk to. If you need affordable office space, consider the Venture Development Center. If you want to gain experience at an established startup first, attend the Startup Internship and Career Fair. If you’re interested in the venture capital side, take the Seed Fund course. There are resources for everything you could want to learn at UTD.” 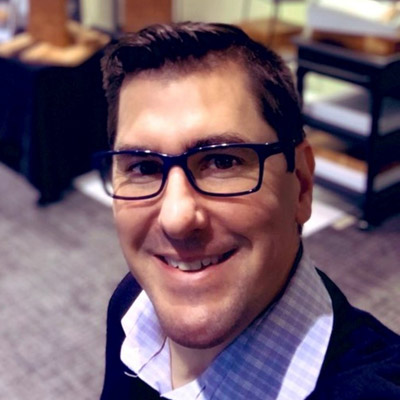 Notable: After Reazor completed his MBA, he decided to pursue a master’s degree in innovation and entrepreneurship at UT Dallas. His anticipated completion is 2021.

In 2019 Reazor, along with his wife, Tanya, launched Fifth & Cherry, a company that handcrafts and sells one-of-a-kind, cherry wood cutting boards. They make all of their products in the U.S. and hire local craftsmen. Despite the cancellation of trade shows and events because of the COVID-19 pandemic, Fifth & Cherry partnered with several companies and saw a 500% increase in sales in 2020. One of its new partnerships is with Big Green Egg, a leading producer and international distributor in the barbecue industry. This year, Fifth & Cherry will introduce kitchen cabinetry.

On his time at UT Dallas: “I attended UT Dallas specifically to figure how to bring my dream of launching what would eventually become Fifth & Cherry. I didn’t realize until after the fact just how crucial some of the resources would be. The EMBA program was amazingly life-changing. You’re a part of a cohort; you’re one member of a team. And that means you now have support and people that want to help you succeed. The cohort becomes your family. My world got exponentially better when I met the leaders at the UT Dallas Blackstone LaunchPad. They’re all mentors to me.”

Advice for UT Dallas entrepreneurs: “Take the Start-up Launch I class. Every week while in this class, I got to sit with other entrepreneurs and discuss what steps we were taking to bring our business dreams to reality. These classes were the highlight of my week and provided the creative release that I yearned for. Being around other dreamers and doers is powerful. Join the Entrepreneurship Club, and sign up for the UT Dallas Blackstone LaunchPad email for entrepreneurs. It is one of the best learning and opportunity resources an entrepreneur can have.” 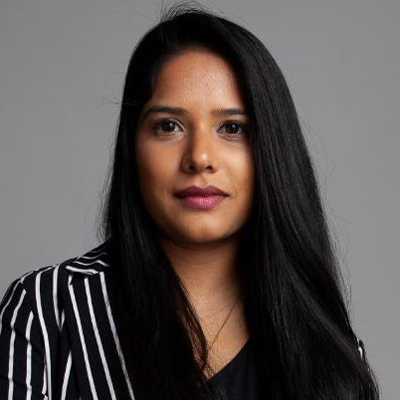 Somareddy co-founded Neuro Rehab VR in 2017. The company develops virtual reality therapy modules to aid and expedite neurological, physical and cognitive recovery by leveraging neuroplasticity concepts. The VR therapies are designed with the help of physical therapists and customized for each patient’s needs, with the ability to track progress with real-time data feedback. The company recently launched a streamlined version of the product, doubled its team size and had a 300% increase in revenue growth from the previous year with its product in several large hospitals across the U.S. Next, Neuro Rehab VR is looking to hire more team members, continue to innovate in the physical therapy space, and increase access to fun, engaging and motivating virtual reality therapy.

On her time at UT Dallas: “The programs at UT Dallas for entrepreneurs are incredible. My journey started with a startup class at the IIE to learn about all the components required to start a company for ideas I had then. During the course, we learned about all the other resources available to student entrepreneurs. I reached out to the mentors at the Blackstone LaunchPad for advice and mentorship, and also attended the Blackstone LaunchPad & Techstars Training Camp. That two-day program provided deep-dive sessions on building companies as well as meetings with mentors and founders from LaunchPads at other universities.”

Advice for UT Dallas entrepreneurs: “The mentors at the University are knowledgeable, experienced and want student entrepreneurs to succeed. If you have an idea for a startup, use the resources by starting with a business plan and a pitch deck. Refine and expand your knowledge by attending the various events and programs hosted by the LaunchPad, and have one-on-one sessions with the institute’s incredible mentors.”