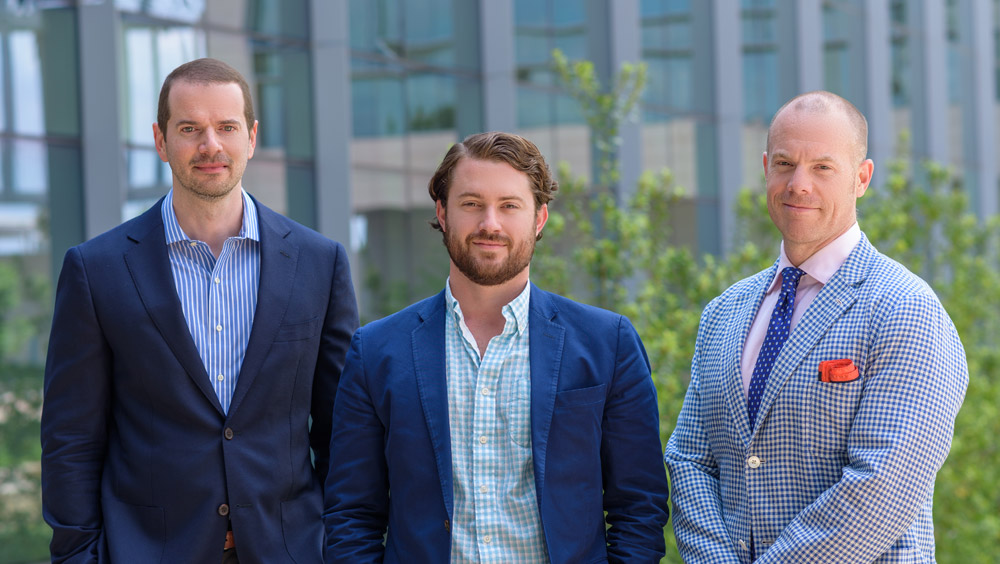 An alumnus of The University of Texas at Dallas proved to be the catalyst that two faculty members needed to successfully launch a biotech startup, CerSci Therapeutics, which was recently sold to a large pharmaceutical company for $52.5 million.

CerSci was founded in 2015 to develop therapies for pain relief without the addictive properties of opioids, which are responsible for the deaths of more than 125 Americans every day, according to the National Institute on Drug Abuse.

Lucas Rodriguez MS’14, PhD’16 developed the business plan for CerSci while working on his doctorate at UT Dallas and after hearing about the research of Dr. Ted Price BS’97, Eugene McDermott Professor of neuroscience in the School of Behavioral and Brain Sciences (BBS), and Dr. Gregory Dussor, associate professor of neuroscience and Fellow, Eugene McDermott Professor. 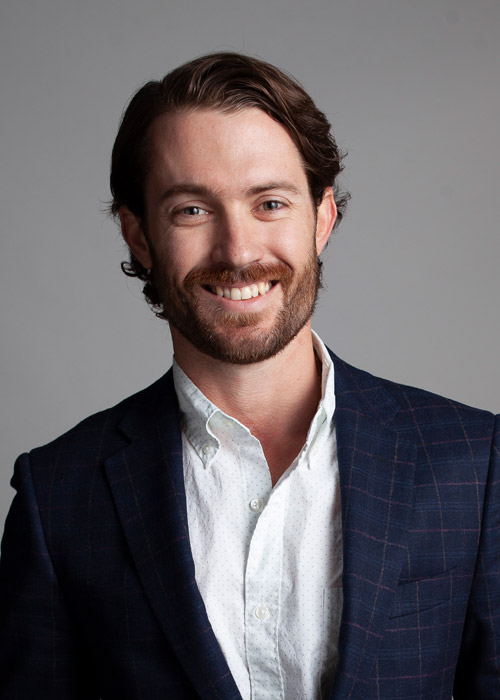 The two longtime faculty collaborators had been mulling over which of their research products could eventually be commercialized when Rodriguez urged them to focus on their plans for a non-opioid analgesic, which would be the first such product in a decade or more. Given the nation’s opioid epidemic, it seemed especially critical to have a product for acute pain relief that would not expose millions of people to addiction.

Early on, CerSci Therapeutics acquired a molecular compound called CT-044 — invented by Scott Dax, who later became CerSci’s chief scientific officer. CT-044 works at the source of pain without interacting with opioid receptors in the brain. This acquisition transformed the organization, which decided to focus on their new lead program.

In August, Acadia Pharmaceuticals, based in San Diego, acquired the UT Dallas startup company and will move the drug through its remaining clinical development. Because it will help treat acute postoperative conditions as well as chronic pain, the business deal could later reward shareholders with hundreds of millions of dollars.

It’s an outcome that many researchers only dream about.

From Lab to Business World

Rodriguez’s passion for entrepreneurship began shortly after he arrived at UT Dallas to complete a master’s degree in biomedical engineering. While working in the lab of Dr. Danieli Rodrigues, associate professor of bioengineering in the Erik Jonsson School of Engineering and Computer Science, he helped develop a synthetic bone substitute for orthopedic and craniofacial surgeries.

“I began looking into what it would take to commercialize that technology,” Rodriguez said.

When he moved into his PhD program, Rodriguez designed and developed a titanium implant for craniofacial and dental surgeries, and took his entrepreneurial interest to the next level by following a Food and Drug Administration guidance document to commercialize the technology.

“It was really cool to see some younger academicians who were interested in developing technology for broader utilization. They had a larger vision for technologies that would ultimately have an impact on patients. I was just really captivated by that.”

“By the time we were finished, we were in an interesting place to patent it and potentially try to commercialize that technology. That got me interested in the business aspects of technology development, and I decided I would start taking management classes,” Rodriguez said.

He enrolled in an entrepreneurship class in the Naveen Jindal School of Management while still working on his PhD in biomedical engineering. While brainstorming with an advisor about a pitch for the school’s 2014 Business Idea Competition, he learned that two UT Dallas faculty members were working on non-opioid pain relief. Rodriguez set up a meeting with Price and Dussor to discuss a startup plan based on their new approach to treat pain.

“It was really cool to see some younger academicians who were interested in developing technology for broader utilization. They had a larger vision for technologies that would ultimately have an impact on patients. I was just really captivated by that,” Rodriguez said.

By February 2015, they had incorporated CerSci Therapeutics, with Rodriguez serving as CEO. They eventually raised nearly $20 million from private investors and received over $2 million from the National Institutes of Health.

Price said he and Dussor connected with Rodriguez immediately.

“The single most important thing that happened for CerSci was meeting Lucas. He was about the quickest study I’ve ever met. He had put together a plan before we’d even met, and that was impressive. We just had a lot of confidence in him,” Price said.

Besides the academic excellence UT Dallas offered Rodriguez, the University also provided physical space, networking and commercialization expertise to support his entrepreneurial initiative in the first couple of years.

The startup was originally based in the Venture Development Center — an incubator space for companies that have their roots in the University — before receiving its initial equity investment and moving to downtown Dallas.

“The single most important thing that happened for CerSci was meeting Lucas. He was about the quickest study I’ve ever met. He had put together a plan before we’d even met, and that was impressive. We just had a lot of confidence in him.” 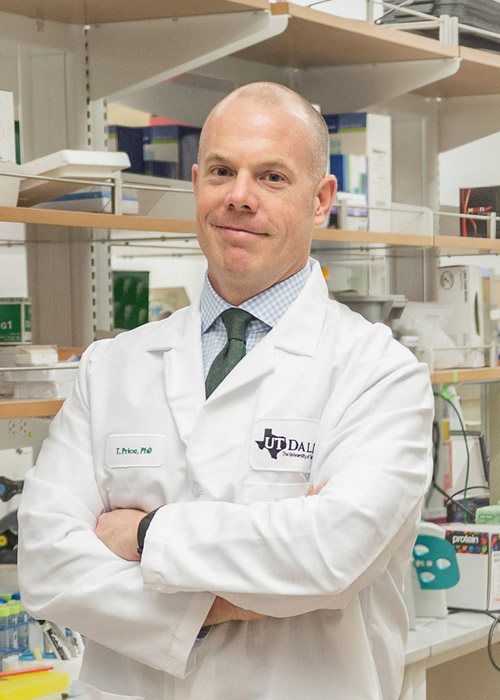 Guengerich also featured Rodriguez as a speaker at the kickoff of the Blackstone LaunchPad at UT Dallas in 2017 and lobbied for him to be considered for D Magazine’s Innovation Awards for 2019, for which Rodriguez was featured on the cover of Dallas Innovates.

Rodriguez touted the “forward-thinking” programs and resources at UT Dallas that help students and faculty develop startups. He also praised the University’s faculty — particularly Dr. Robert Rennaker, associate director and chief technology officer of the Texas Biomedical Device Center, professor of neuroscience in BBS and holder of the Texas Instruments Distinguished Chair in Bioengineering — with nurturing his interests in biotech development projects.

“I want to give a huge plug to the entire bioengineering department for being so entrepreneurial-minded. Giving me the flexibility to augment some of my terminal science classes with management classes allowed me to take the first step toward this,” Rodriguez said.

Rodriguez said he already is looking at a number of opportunities after the successful CerSci launch.

“The curse of being someone like me is that it’s very difficult to put your feet up. I think the machinery that we’ve created and the magic sauce that made CerSci successful has just scratched the surface. We’re investigating opportunities for what’s next,” Rodriguez said.